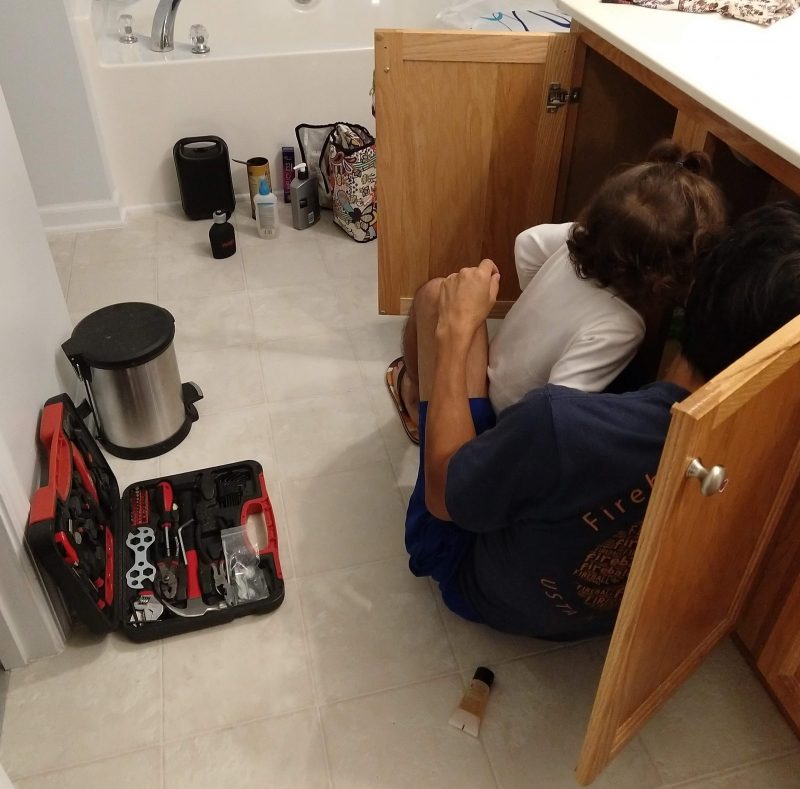 A little over two years ago my wife and I purchased our first house. At the time, it was the biggest purchase of our lives so we gave it a lot of thought and analysis. In fact, I wrote an entire blog post about it. If you don’t want to read through the entire post, here is the TLDR:

Here is a screenshot of all of our data and assumptions that we put into the rent vs buy calculator before buying our house.

Appreciation: home prices in Raleigh over the past few years have been increasing faster than inflation. A strong job market and population growth have been key drivers of this above average appreciation. According to Zillow, our house is worth about $213,000.

Our original assumption for appreciation before we purchase the house was 2%. We used this number for two reasons:

I don’t think the 6% appreciation rate we have seen over the past couple of years is sustainable over the long run, but that’s where we are 2 years in. It is not something we expected, but it has been a nice surprise.

Maintenance: we had no idea what this number would be before buying our home. A popular rule of thumb is to use 1% of the purchase price as an estimate of what the annual maintenance expenses would be. In our case this was $1,740 ($174,000 * 1%), so that’s what we used for our original analysis. Since our house was built in 2007, it is a town-home, and it has been well maintained, we have found our maintenance costs to be minimal so far. About $150 per year.

Average maintenance cost will probably go up in the future as expensive things (HVAC, fridge, dishwasher, etc.) start to get old and need replacement. Only time will tell, but so far so good.

Homeowners Insurance and Mortgage Interest Rate: both of this numbers ended up being a little lower than what we estimated at the time:

These are not significant differences but still something that we are pleased to see.

Initial Maintenance: as soon as we moved in we removed the carpet upstairs and installed luxury vinyl plank flooring. The total cost was $1,500 and we had estimated no initial maintenance. This was not something that was required, the carpet was fine. We just don’t like carpet that much and figure it would be easier to replace right away before we settled in and moved all of our belongings.

Extra Utilities: Traditionally, when people go from renting to buying, it means going from an apartment to a somewhat bigger house. This was the case for us. We went from 950 sq. ft. to 1,350 sq. ft. plus an attic plus a garage. This increase in space usually results in increased utility costs (more spaced to be heated and cooled, more bathrooms, etc.).

Our current house is more energy efficient than our old apartment. I knew that going in and figured that any increases in water bills would be offset by lower energy bills. This hasn’t been the case. Water was really cheap at the apartment as some of the fixed costs were shared with the other units that were part of the same building. All inclusive, I underestimated the utilities by $33 ($170 actual vs $137 expected).

Rent Inflation: when we first ran the analysis, our rent had been going up by about 5% per year, so I used this number as my projected rent inflation. I just went to my old apartment complex’s website and saw that rents had actually gone up by about 3% per year since we left.

As you can see from the tables above. The net result of all the variables we just went over is a net positive. This is mainly due to the fact that the higher than expected appreciation and lower than expected maintenance expenses are big numbers, while the most of the unfavorable are relatively small. I only undershot expected utilities by about $33 per month, property taxes only went up by about $50 from what I estimated. Even the large initial maintenance number of $1,500 is still a one time expense rather than an ongoing one. As such, its big picture impact is not that big.

Buying a home (or not) is a big decision with long term implications. While things are looking great 2 years into this home ownership thing, things could change quickly. The U.S. housing market could have another crisis and home values could plummet. We could have a short period of time in which many things break at the same time, causing our home maintenance costs to go up significantly. As such, I think is a good idea to run your own buy vs rent analysis very conservatively, I’m glad I did.

The Good: from time to time I like to think I’m handy. Owning my own home has allowed me to explore this interest. I have fixed some things around the house, and completed some small home improvement projects.

Another non-financial benefit of owning my home is that I don’t have to worry (at least not as much) when my daughter scratches the floor or puts a small dent on a wall while playing. I know this would stress me out if knew I was damaging somebody else’s house. Toddlers are a lot of fun!

The Bad: just as some home projects can be fun, others can be stressful. Especially if you don’t have time or if the project is far beyond your expertise. This past summer, my daughter flushed a pair of scissors down the toilet. Many days later and after watching lots of YouTube videos, I was able to pull the toilet and get the scissors out. While my skills and confidence went up after going through it all, this one made me miss the days where I would just call the handyman at our apartment complex and he would take care of it.

The Ugly: we have been pretty lucky so far. The only ugly experience we can think of is that we had mice right after we moved in. I’m not sure if the mice were here from the previous owners. Maybe they got in while we were having he upstairs flooring replaced. The contractor used to leave the door open for hours while he was working. In any case, this was an unpleasant surprise to say the least.

Not wanting to use poison, we caught them over the course of a few days using mouse traps. Mice could have happen to us as renters too. Whether the experience would have been better or worse probably depends on our landlords. The apartment complex we used to live in was solid so I’d like to think it would have been painless, but who knows.

Most people take pride in owning their own home. It is part of the American dream, it is what you are supposed to do as a “successful” adult. I used to agree with this for the most part. That changed when I learned about financial independence. As I got deeper into the subject and heard the stories of several early retirees, I was surprised to see that many were renters by choice. That’s right, people wealthy enough to retire early were choosing rent homes rather than buying them*. These examples helped me break the dogma of home ownership, and allowed me to look at my own buy vs rent decision more objectively.

Money considerations aside, I think I’m indifferent in the buy vs rent debate. I see plenty of pros and cons to both sides and don’t feel particularly stronger about either one. We choose to buy because in our particular situation it made the most financial sense. Two years into the journey, I can say I’m glad we did.

What about you? Let us know in the comments!

3 thoughts on “2 Years of Home Ownership – The Good, The Bad, and The Ugly”

Get the latest posts and updates

Receive the latest posts and updates